A Stage for History and a Base for Dreams

Based in Tainan, one of the oldest cities in Taiwan, the National Museum of Taiwan History is located in one of the most historically meaningful places — the Taijiang Inland Sea. It is also where the story of the Museum begins.

Long before the 17th century, merchants from the East and West met near this location to carry out trade.

During the Qing dynasty, the inland sea became part of the land and attracted early immigrants with hope and dreams. This area is an important stage of history bearing on the continued stories of Taiwan, as well as an ideal location for the Museum, which reminds people of the vitality and diversity of the land and the people.

Occupying 20 hectares, the Museum Park is where the humanities encounter nature. This Museum Park is built to accord with four precepts: “Knowledge,” “Nature,” “Folklore,” and “Performance.” Once here, visitors can explore history and Taiwanese culture, and experience the beauty of Taiwan, as well its leisurely atmosphere.

Be advised that the Opening Hours for each facility should be based on the notice on site. 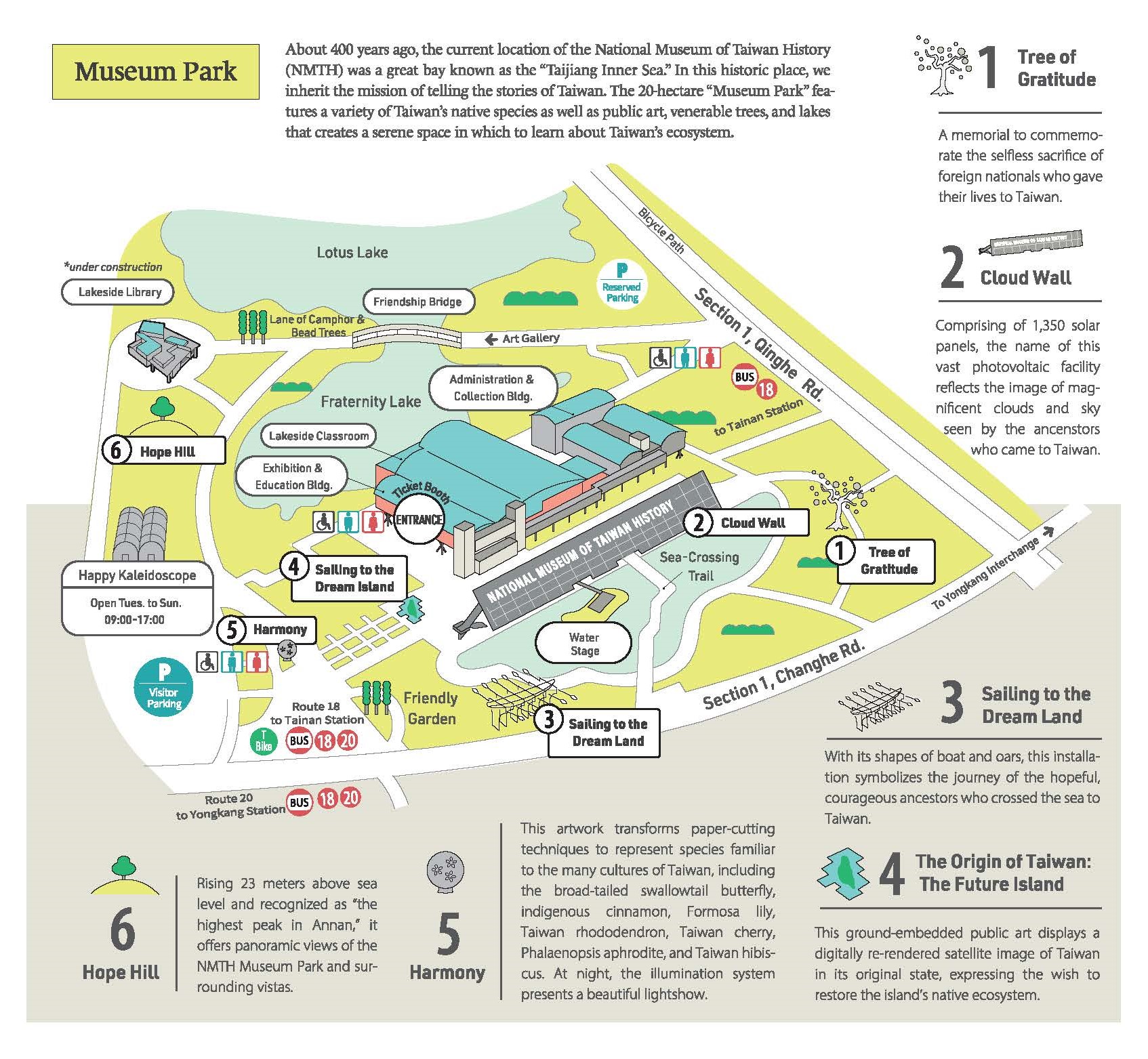