Islands in Between: Thousand Faces of Taiwan 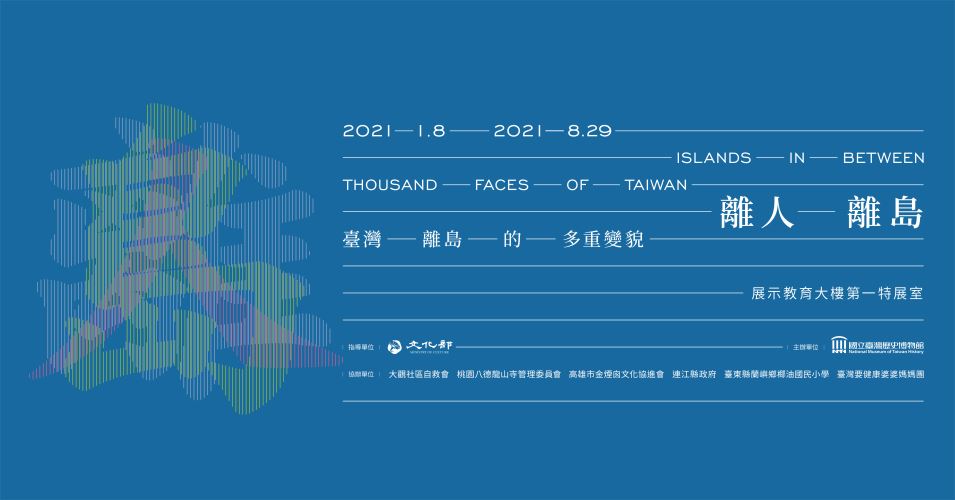 “It was our judgment that was ignorant. We thought the islanders had no names, but their names sound as bright as the waves.”

I am Taiwanese.” This phrase is used to unite people, and it goes unquestioned in Taiwanese society. But does “I am Taiwanese” really have the power to build consensus? Does it have the same impact on people outside Taiwan?
The special exhibition “Islands in Between,” organized by the National Museum of Taiwan History, points to the core question: How do we imagine and define “Taiwan” in today's society? We use quotation marks when we refer to the concept of “Taiwan.” From a historical point of view, Taiwan has always been changing, being established, disintegrated, established, and disintegrated over and over again. How do we imagine and define “Taiwan” nowadays? We can define and observe “Taiwan” in different ways, such as a political, economic, cultural, and social space. In this exhibition, we try to use the concept of “parted” to rethink and loosen the stereotyped, exclusive, or self-isolated imagination and statement of current “Taiwan,” and observe the situation, reality, and historical and cultural phenomena of today’s Taiwanese society that have long derived and developed different “parted” concepts, in order to think, imagine, and define “Taiwan” once again.
Taiwan: An ‘Offshore Island’
How is the concept of the “offshore island” formed? Which is the offshore island, and which is the main island? What kind of historical developments and changes in the global situation are reflected in the postwar “Republic of China” (ROC; referring to Taiwan, Penghu, Kinmen, and Matsu)? Since the island was forcibly “cut off, abandoned, left” to become an “offshore island,” how have social development and relationships between people changed? Through the present-day reexamination of the historical and cultural concepts of “leave,” “island,” and “offshore island,” we can reconsider how we see Taiwan.
People on the ‘Offshore Island’

Looking back at the historical development of Taiwan and the surrounding islands, most of them are islands on their own, with various ethnic cultures and social models. The ocean is both what makes them independent, while also being a waterway that leads to development and connections with the outside world. Until the nation’s territory was divided into its current shape, and following historical developments, different islands gradually became “offshore islands” corresponding to a common political subject. Taiwan has gradually become the “main island” since the 20th century.

Among the minor islands that are very different from Taiwan in terms of culture, the Matsu Islands have an East Fujian culture and Orchid Island has the Austronesian culture of the Tao people. These two places developed their connections with the Republic of China when the ROC government moved to Taiwan. Because of their geographical locations, the former became a frontline island and the latter was a “borderland territory.” How have the people of Matsu and Orchid Island adapted to or confronted this “islandization”?

After the ROC government relocated to Taiwan in 1949, Matsu was severed from Fujian, with which it had long had a close relationship. It began to reorient toward Taiwan and gradually “Taiwanize.” Matsu, on the edge of the Eurasian land mass, was incorporated into the political community of the ROC. Since then, with Taiwan as the center, Matsu has been on the frontline facing China. The battlefield landscape and atmosphere have become an integral part of the islands. Even though Matsu no longer endures wartime conditions and administration, most Taiwanese people still perceive it as outlying archipelago and the country’s northern frontier.

How do people who were forcibly separated from their hometowns and continue to live on Matsu, and how, in turn, do Matsu natives, use the position of “offshore” and others’ perception to create their own characteristics and survival niche? How do Matsu people who have moved to Taiwan keep up their lifestyle and traditions?

The Tao people have lived on Ponso no Tao for a long time, relying on the ocean and their fields for their livelihoods. In the 17th century, Western sailors — who often passed Ponso no Tao as they followed the Pacific Ocean’s Kuroshio current— named the island Botel Tobago.

Ponso no Tao’s relationship with Taiwan began when it was incorporated into Hengchun County near the end of the period of Qing rule. Han people named it Red-Head Island, but in 1947, the ROC government renamed it Orchid Island (Lanyu). In the 20th century, as the mechanisms of the modern state were gradually introduced, the lives of the Tao people began to change. In addition, under the dual oppression of the state and mainstream Han culture in Taiwan, Ponso no Tao's peripherality and islandization became even more obvious, and Orchid Island became a sacrificed outlying island. Today, the Tao people are striving to maintain their own traditions and culture, take control of the right to explain their ethnicity and the island, and become the true masters of their home island.

Islands Within the Island
As the concept of “Taiwan as the main island” was formed, the situation throughout the island was not homogeneous. The phenomenon of “islandization” on the island itself also occurred, reflecting inequality and heterogeneity in Taiwan’s social development. In this unit, we describe three examples: the island with environmental issues, the island with residential issues, and the island with epidemic issues. We further discuss how “islandization” is bestowed upon specific spaces and specific groups of people by their rulers, and how it reflects the colonization and power inequality within the country. What are the negative effects and positive meanings of “islandization,” and who is isolated by whom? When we think about and discuss these issues, our goal is to expose the phenomena of “homogenization” and “concealment” within society, make the model “porous,” and point out how the country tries to deal with or eradicate the “fallen space,” while isolating problems and people that they cannot handle. By examining the social and cultural phenomenon of “islandization,” we try to expand the imagination and discussion of "Taiwan" within the established framework.
The island with environmental issues: Dalinpu in Kaohsiung

Hongmaogang, which extends along a sandbar north of Dalinpu, was situated between the sea and a lagoon. Most of its residents made a living from the sea. Dalinpu, Bangkeng, and Fengbitou to the south were commercial, agricultural, and fishing villages. After the 1960s, with the expansion of Kaohsiung’s port and its petrochemicals industry, almost all of the fertile land there was expropriated by the government. The remaining residents found themselves surrounded by giant factories.

Residents of Dalinpu and Fengbitou in Kaohsiung had long lived in the shadow of petrochemical plants, steelworks, shipyards, power plants, and other heavy industries. Air pollution from smokestacks and trucks is fact of everyday life. Such harsh living conditions caused this area to resemble an “island of environmental survival.” In 2007, after Hongmaogang residents began to relocate, the issue of Dalinpu’s relocation came to the fore. In addition to being concerned whether the government’s village relocation plan is comprehensive, and whether residents’ wishes are being respected, we must also ask if the land will be occupied by heavily-polluting industries. Otherwise, the residents of Dalinpu are unlikely to be the last people who have to move away from their homes due to environmental problems.

The island with residential issues: The Banqiao Daguan incident

Fuzhouzi in New Taipei City’s Banqiao District is a sandbank between the Dahan River and its tributary, the Nanzi Ditch. Fuzhouzi can also be regarded as an island in the river that was created by nature. This sandbar carries the life stories of the many people who have lived on it.

Located on Fuzhouzi, Daguan was originally an unofficial military dependents’ village organized by the Women’s League First Village Welfare Center. In 1963, flooding caused many residents to move, while those who stayed behind were given tacit approval to remain. Later, many people from other parts of Taiwan who migrated to Taipei for work settled in Daguan. In recent years, land-revitalization and urban-renewal policies resulted in the eviction of informal households. Daguan residents were regarded as having maliciously invaded and occupied state-owned property. The central government’s Veterans Affairs Council (VAC), which administers the land, demanded that the houses be demolished and the land returned. In 2010, the VAC filed a civil lawsuit against the residents. The VAC won the court case; the residents were compensated and ordered out. The demolition of Daguan began on August 1, 2019.

The island with epidemic issues: Kill the virus?
In the face of public panic about an unknown disease, it seems that the mandatory isolation of patients may be the best way to dispel fear. But who has the authority to give the isolation order? How can patients be isolated? And what diseases require isolation? These questions need to be asked. The SARS outbreak in 2003 is still fresh in everyone’s mind. COVID-19 (novel coronavirus pneumonia), which continues to spread throughout the world, teaches us what “isolation” actually feels like. How much social distance should be kept? What is a normal body temperature? How do we clean our hands? How do we wear masks? What part of our lives has been changed due to isolation caused by the pandemic? What also dies when we take measures to kill the virus? Pandemic-induced isolation has defined a new form of globalization. What challenges are we facing? What will be the new driving factors?
‘Archipelago’ Thinking

“One day, my father said, ‘Syaman, go fishing. My grandson needs to have some fresh fish. He won’t grow strong drinking powdered milk.’”

The discourse and imagination about “Taiwan” and “Taiwanese” should not be immutable. We hope to reverse the concepts of “offshore island” and “main island,” and figure out a way to reimagine and define Taiwan with a broader view and perspective. Our solution is to use the historical culture of “leave” as a resource, and learn to see from that perspective, to unburden ourselves of the homogeneous and unilateral thinking of “Taiwan Island” sectionalism. Instead, let us embrace “archipelago thinking,” turn our faces to look beyond Taiwan’s main island, and value the historical and cultural thinking that accompanies the numerous “islands in between.” 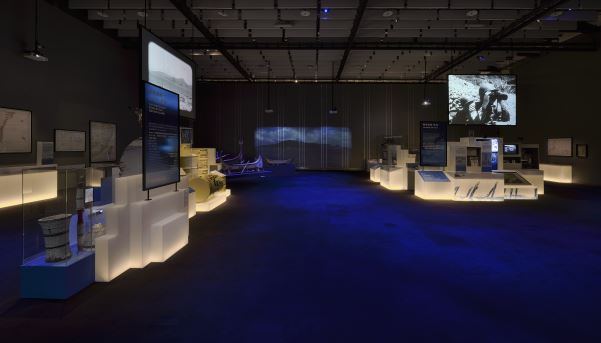 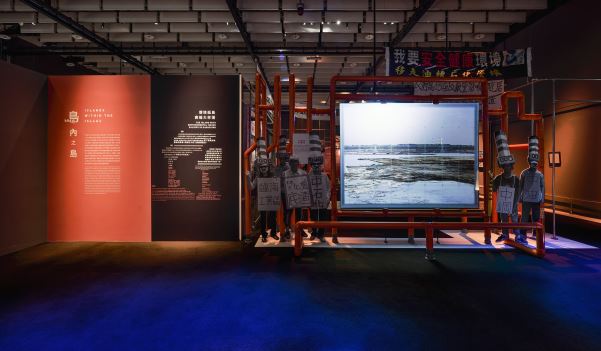 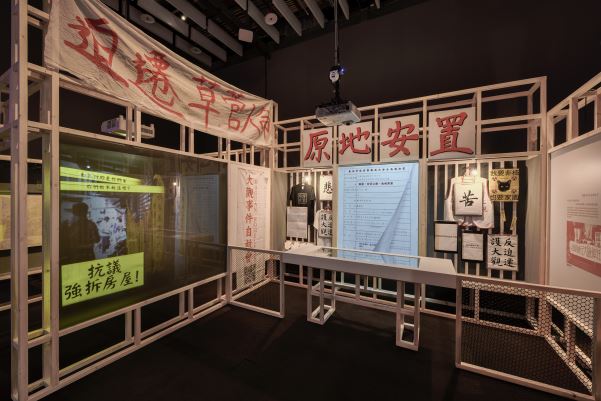 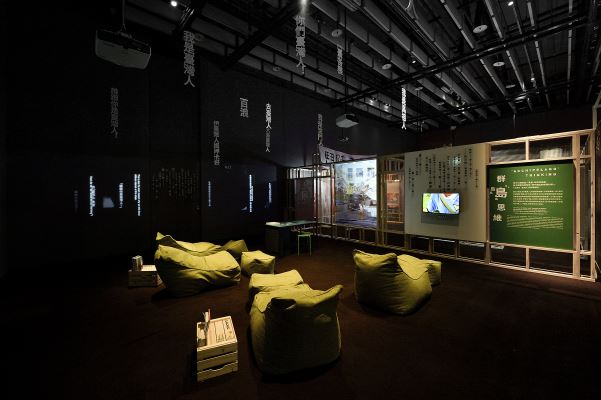