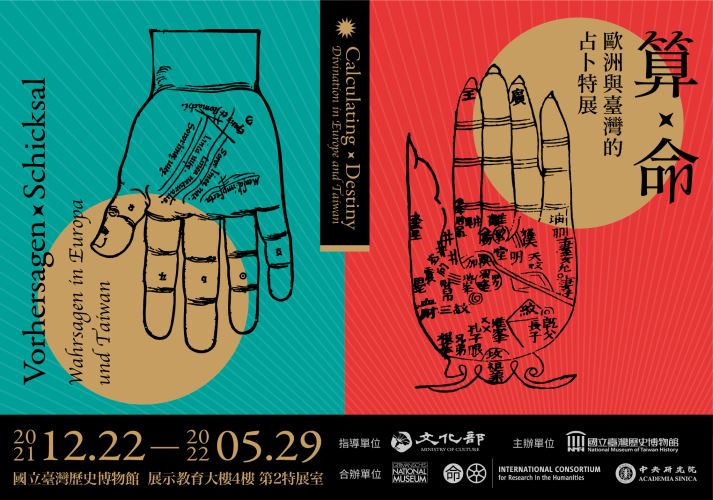 Destiny and fortune are subjects that people have contemplated and explored for thousands of years. In his song Destiny’s Guitar, Taiwanese singer Ajizai laments, “Why am I the unfortunate one?” and in their tune You Complete me, the band Won Fu sang, “Each person has one life and each life is different, some good, some bad,” as if our lives were predetermined. But are our futures really predetermined? Can we change the course of our lives? To gain insight into one’s “fate” and perhaps seek to recast one’s future, various methods of fortune-telling have developed over the centuries that have sought to tap the power of the supernatural to solve personal matters, including love, marriage, fertility, study, career, renown, wealth, health, and all forms of interpersonal relationships. A part of everyday life, fortune telling has developed in numerous forms and taken on different significance in various cultures, societies, eras, and social classes. Through the objects of divination, this exhibition aims to take the audience on a journey to divine the cultural implications of fortune telling, reveal its participants, and unveil the cosmology of prophecy

Divination often involves observation and calculation. For example, astrology in Europe and ziwei doushu 紫微斗數, often referred to as Purple Star Astrology, in East Asia are forms of fortune-telling used to deduce one’s destiny. Rice divining, physiognomy, and feng shui—the “reading” of a place—, fortune-telling methods that are more prevalent in Chinese communities in East Asia, tend to rely more on observation.

Obtaining guidance for the future through the supernatural powers of ancestor spirits, gods, or ghosts is another approach to divination. In the Greek, Roman, and Christian traditions, oracles, revelations, and prophecies have been the most prevalent forms of prognostication. Similarly, in East Asian societies, people seek answers to issues in their lives through spiritual guidance, from oracle bones in ancient China to “self-help” drawing of fortune sticks, moon-block casting in temples, or from professional spirit mediums, spirit writing, and shamans. Religious institutions may be the most common places for people to seek supernatural guidance, but Taiwanese indigenous people also seek revelations by communing with ancestral spirits.

Having divined one’s destiny and future, there are steps that people can take to change or ensure that they happen. The wearing or placement of amulets, talismans, or lucky charms, for example, are common in both Europe and Taiwan. With a prevalent belief in Taoism, the most common wearable amulets in Han Taiwanese society are peace amulets (pinganfu), healing amulets (zhibingfu), and house-guarding amulets (zhengzhaifu), and the talismans include sword lions, shanhaizhen (an image with a eight-hexagram pattern and scenes of mountains and the sea), wind lion god statues, and shigandang (a stone tablet with writing). In Europe, amulets might be made of animals, plants, or jewelry. In addition, to fend off misfortune, there are Taoist masters in Taiwan who can perform amelioration rituals (jijie) or “supply” good fortune for people suffering adversities. Such rituals are usually performed using a paper figure as the “stand-in” of oneself to take the misfortune or by offering the paper “malefic money” of baihu (white tiger), tiengo (dog of heaven), and wugui (five ghosts) to buy one’s way out of misfortune and disaster.

Sayings in Taiwan such as “it’s always the misfortunate ones who need fortune-telling,” “a fortune-teller has a mouth of gibberish,” or “fortune-tellers make a living through flattery” reveal stereotypes of fortune-tellers and those who seek their advice. Although fortune-tellers interpret oracles and omens and provide suggestions to whoever might need their opinions, they possess a lower social status and are often criticized by disparate religious institutions, ruling groups, or intellectuals, both in Europe and Taiwan. Despite this, many critics have still sought opinions from fortune-tellers. During the Japanese era, both commoners and intellectuals in Taiwan, such as Chang Li-jun, Lin Hsien-tang, and Wu Hsin-jung, all embraced fortune telling, their divergent views on divination notwithstanding. Most people in Taiwan have had some kind of experience related to fortune telling, such as pacifying taisui (antaisui), seeking out fortune tellers, or choosing a name, demonstrating how the desire to know and predict one’s future has both been sustained and evolved over time.

Predicting the future with divination always involves risk assessment. In addition to wagering on probabilities, divination can take the form of a game of chance, such as dice or cards, featuring gaming, entertainment, and socializing, while providing insight into one’s destiny. One classic example is tarot cards. Players use tarot cards, popularized in Europe during the 19th century, to answer questions and analyze their subconscious. Taiwan has “bird divination” which is similar to tarot cards, but a bird draws cards to answer questions.
As technology has developed, tools for divination have become digitalized and gamified, so that fortune-tellers no longer “corner” the fortune-telling market. Predictions have become a way to highlight personal characteristics and self-expression. Not only does divination provide a certain degree of psychological healing, but also serves as a way to socialize. Living in a fast-paced and uptight modern world, divination can also be considered a casual approach to understanding self and to balancing the relationship between the individual, nature, and society.
What questions do you have today about your destiny?
What do you think of the answers given to you through fortune telling? 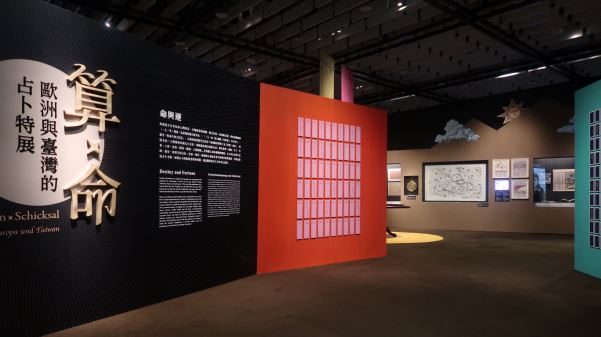 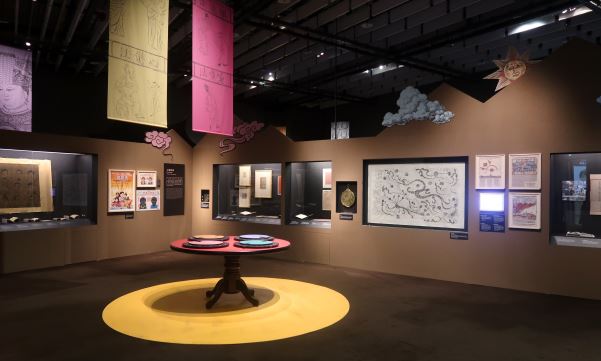 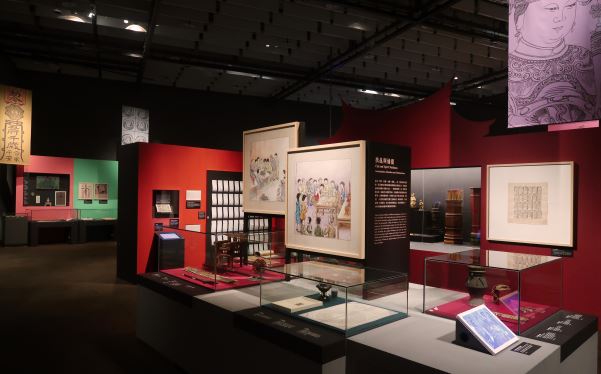 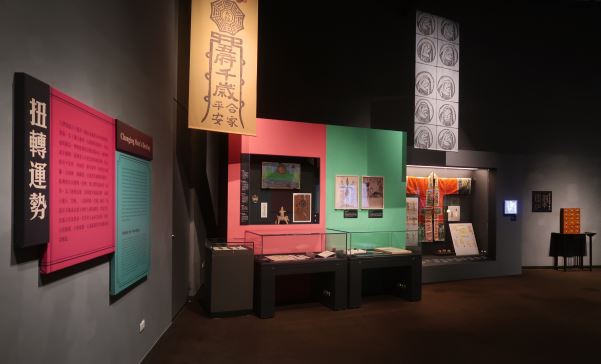 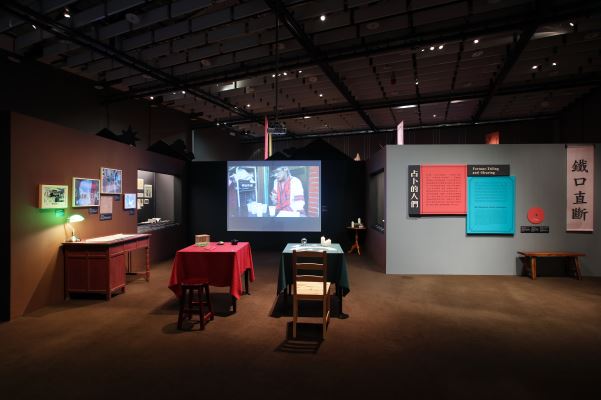 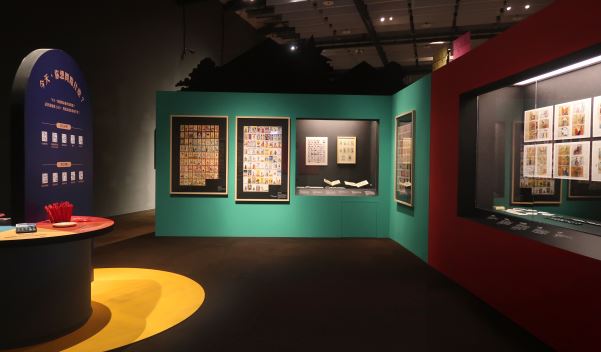