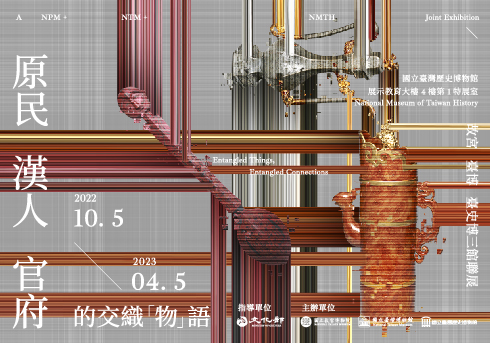 What kind of exhibition could bring together the National Palace Museum (NPM), the National Taiwan Museum (NTM), and the National Museum of Taiwan History (NMTH)? The collections of each museum reflect the history and material culture of the three main players in Taiwan's history: the indigenous people (NTM), Han Taiwanese (NMTH), and the Chinese imperial court and officials (NPM). How were the three different collections curated together? How do the three seemingly different collections dialogue with each other? How do these three seemingly opposing perspectives reflect encounters, contacts, and interactions among the diverse people groups of Taiwan as well as the richness of material culture? By exploring and dialoguing with the past and material culture, the exhibition also attempts to connect the past with contemporary life, and in turn, to develop a more diverse and inclusive understanding and imagination of the present. Jointly curated by three museums, this exhibition showcases the meeting of Taiwan indigenous peoples, Han Taiwanese, and Chinese imperial courts and officials and their encounter with modernity.


I. The Sense of Ritual in Life
The units “Dinner Table”, “Drinking Vessels”, and “Smoking Paraphernalia” include artifacts of daily life used by Taiwan’s indigenous people, Han Taiwanese, and Chinese imperial court and officials which are displayed to give you a glimpse into how these people groups satisfied their physical needs. You will discover that although these three groups of people had their very different ways of doing things, each reflects the social and cultural identities that each group aspires to highlight. Is the motivation behind people’s choices in using different materials in their daily life rituals driven by “how people want to live” or by “how society expects them to live”?

•Mealtime memories
The art of the feast takes center stage in this section. See a display of items once used in the grand Manchu-Han imperial banquet from NPM’s collection; nostalgic items and memorabilia from the matron of Taiwanese food restaurants - Kang San Lau - from NMTH’s collection; and a presentation of indigenous dining ware from the Pan family of Lahodobool of central Taiwan and Paiwan noble families, and carved wooden fish plates used by the Yami (Tao) of Orchid Island (Lanyu) from NTM’s collection. Where would you like to eat tonight?

•Drink and Have a Good Time
Liquor/wine has many functions and uses, including banquets, rituals, celebrations, alliances, birthday celebrations, wedding banquets. It is even used as a medicine. That is why it is important for human beings to have "a sense of ritual" in drinking. Because drinking has so much significance, the containers used to serve liquor/wine are naturally important and are characterized by their variety of different shapes and functions. This section presents traditional drinking vessels used by indigenous peoples, Han civilians, and government officials in the hope that juxtaposing them in this way, showing the viewer different material cultures and attitudes towards drinking. As a reminder, it is easy to get drunk if you mix different types of alcohol and please, don't drink and drive.

•Spectacle of Smoking Appliances
Although bad for health, smoking tobacco is doubtlessly addictive. Beyond the chemical effects of nicotine, the artfully fashioned accoutrements of smoking have certainly added to the difficulties of ‘kicking the habit.’ Items in this section range from exquisitely crafted snuff bottles from NPM’s collection to ingeniously crafted indigenous tobacco pipes from NTM’s collection and elegant, status-enhancing smoking pipes used by Han Taiwanese from NMTH’s collection. Even though you don’t smoke, the elegantly crafted smoking items in this section are downright addictive!


2. Physical Desires
Highlighting the body, the units “Making Myself More Beautiful” and “A World of Sexual Passion” explore how different people express “fashion” and “desires”. Are these objects and accessories, which are directly associated with the body of the individual, expressions of individuality? Or are they products of social thinking or even different faces of the social order?

•Making myself more beautiful
Fashion, beauty, cosmetics, and jewelry! This isn’t a department store year-end blowout sale, but a panoply of items once handcrafted and used to showcase feminine beauty now held in the permanent collections of the NPM, NMTH, and NTM. See fashionable red, blue, and green gem-set jewelry from the Qing imperial court; an intricately braided indigenous glass-bead necklace; and a traditional Han Chinese butterfly hair ornament set with green jade.

•A World of Sexual Passion
In most human societies, eroticism is hidden below the surface, boiling. Today, you don't have to lock the door and sneak a peek. You can view without blushing the objects selected by the three museums to get a better understanding of the veiled yet and explicit world of eroticism and culture. Erotic paintings from a women’s dowry chest in NPM’s collection give a glimpse into the goings on inside the imperial bedroom. The NMTH presents artifacts from the “sex industry” in Han society and looks at the history of brothels. Finally, several rare carvings from NTM’s collection elucidate the unique take of Taiwan’s indigenous cultures on romance and love.


3. Sense of Distance in Relationships
Did you notice that the themes of the units “A Cryptic Written Language”, “Gaze from the Others”, and “The Politics of Gifts” all deal with relationships? Relationships consist of various aspects, including “communication”, “imagination”, and “control”. A cryptic written language discusses “relationship communication”. They consist of special symbols that are incomprehensible to outsiders, but that allow those “in the know” to dialogue. Faces of others is about groups looking at and imagining each other from a distance”. Lastly, “Gifts” is about how gifts are used to manipulate and gain control in politics and even power relationships.

•A Cryptic Written Language
Do arcane Chinese characters, the scrawl of calligraphic talismans, and the obfuscated texts in the Sinkang Manuscripts leave you feeling somewhat illiterate? Learn how the NPM, NTM, and NMTH have interpreted the ‘celestial scripts’ in their respective collections that were produced by Taiwan indigenous people, Han Taiwanese, and court officials.

•Gaze from the Others
Humanity tends to develop certain ‘stereotypes’ or imaginations toward foreigners excluded from their own race. However, the ‘bizarre perception’ held by the outsiders is often peculiar but intriguing at times, even as a reflection of the alien and undetected aspect of the ‘insiders’ on a certain level. The copper wares in painted enamels collected by the NPM depict westerners with distinct features and brown hairs performing kneeling courtesy, the collections of NTM include merchandise labels adorned with indigenous people, tourist souvenirs, tribal figurines, and indigenous carvings imitating exotic styles; the NMTH collection of 19th-century sketches of Taiwan by the Western visitors, and carvings of the foreigners by the Han people. The exhibits of this section join efforts to deliver the coexistence and coopetition of imagination and actuality, established by the gaze between ‘insiders’ and ‘outsiders’.

•Politics of Gifts
Gifts sometimes deliver not only well wishes, and also serve as manipulation and operation of social relations. In the history of bureaucracy, gifts on specific occasions or from particular someone further played as the demonstration of political performance. Chinese empires often took the means of bestowing ‘Imperial gifts’ to foreigners or border tribes, and granting titles to declare the superiority of Chinese culture and to form co-optation. Those direct or indirect receivers of the imperial gifts then used the ‘yuzhi (Imperial bestowed)’ as a tool to elevate social status, transforming the reward into a significant manifesto of power. This section showcases granted items collected by each museum, telling the politics of gifts in history. 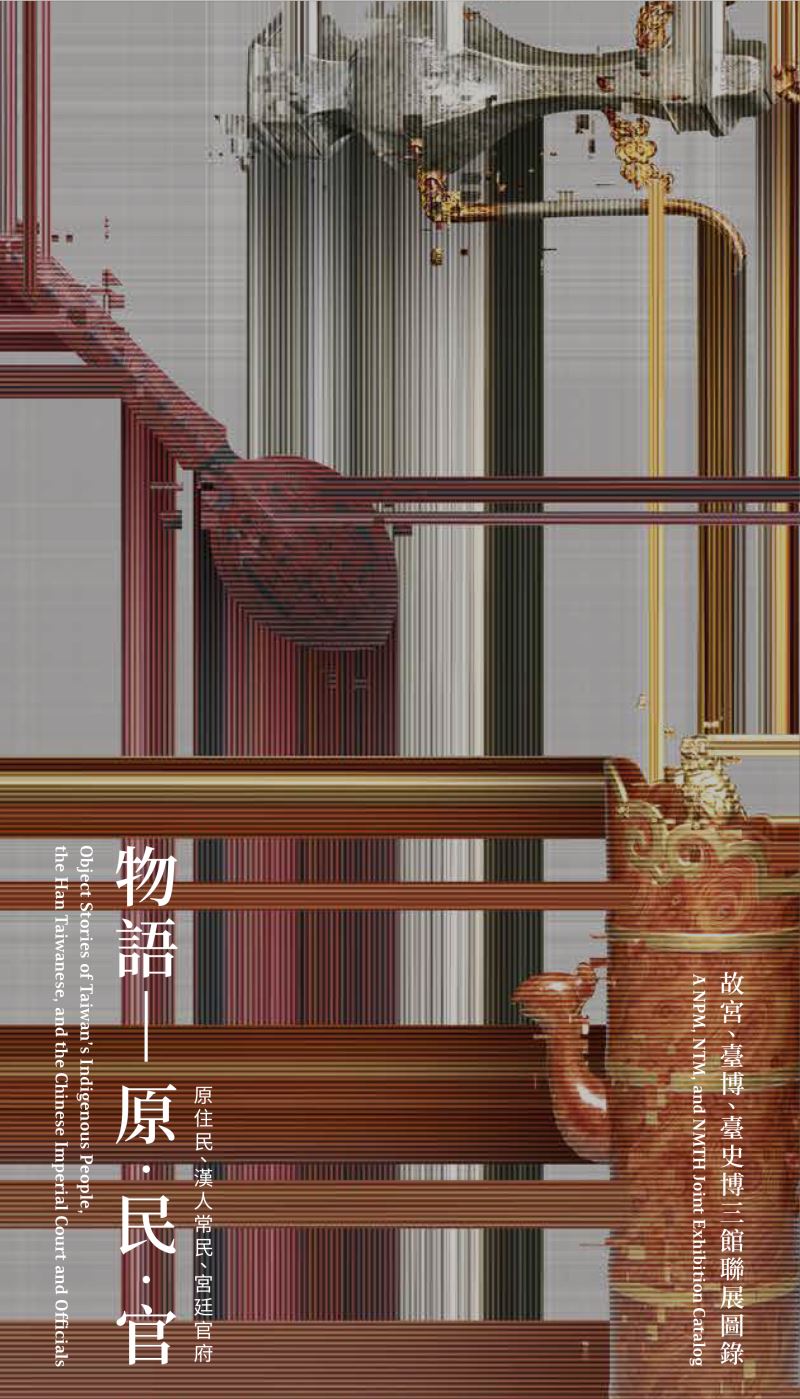 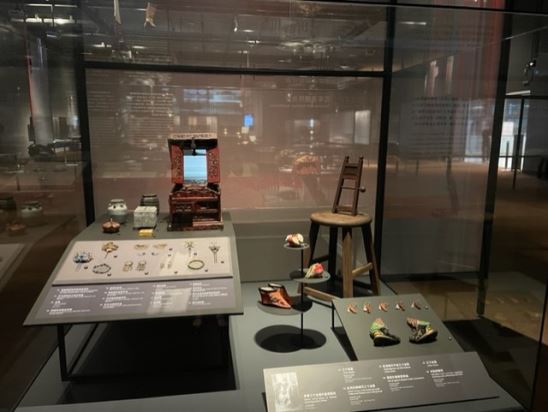 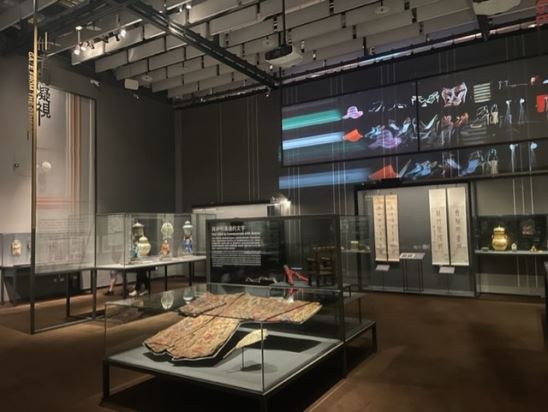 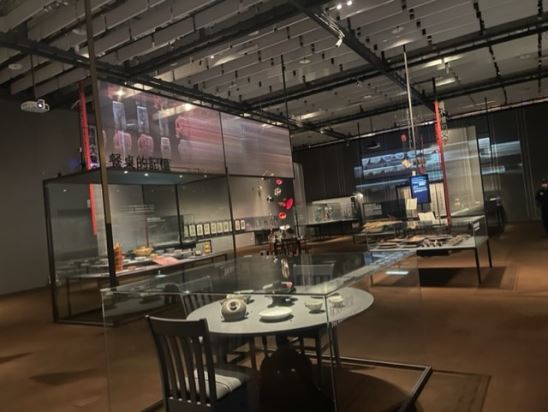 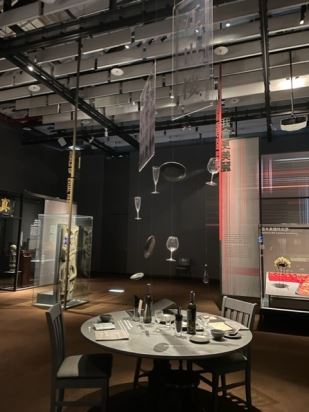 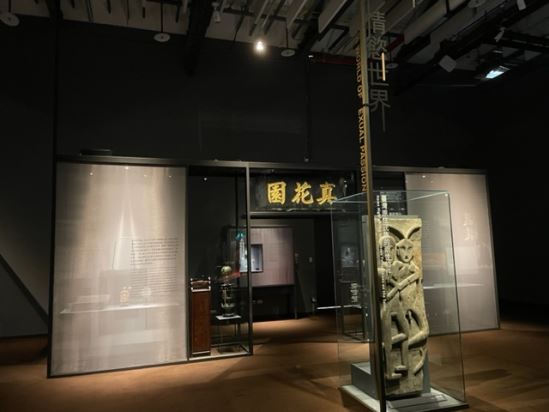